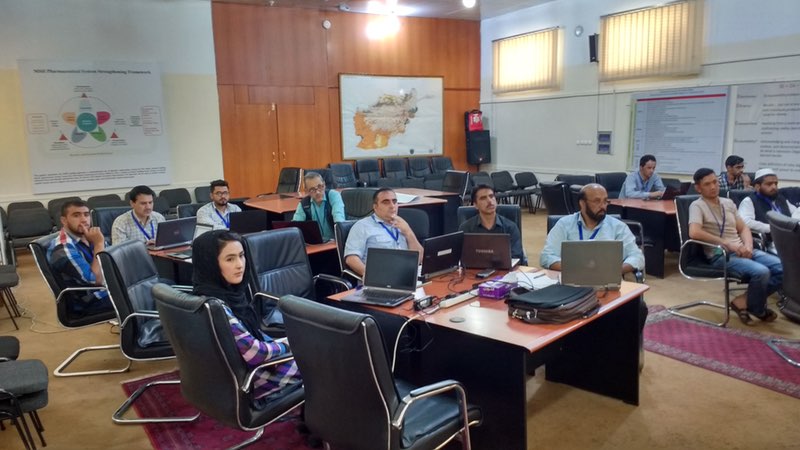 mSupply has been in use in Afghanistan in one of the large, central warehouses since 2008. It started life as two copies of our free, single user version which were used for different areas of the warehouse. The need for expansion eventually came so in 2013 we undertook an exercise to merge the two databases and install a server running the multi-user version of mSupply. This has been running successfully ever since.

But, as many of you know, change is the name of the game! An important need to improve the availability of supply chain information, the management of pharmaceuticals and streamline the reporting process at the regional level was identified so mSupply was called upon again. We modified mSupply to automatically produce reports that previously took hours of painstaking work to produce and made another visit to Afghanistan in 2016 to deliver the new version. Because the internet in the outlying regions is not reliable we installed mSupply configured to synchronise its data. Now the regions can carry on their daily work, regardless of the state of the internet and when a connection is available, mSupply will synchronise the data back to the central server. The 6 day training programme was a lot of fun and we wish the regional teams well as they continue, well equipped, to bring medicines to the needy of Afghanistan.